The STRIVE Athletics winter program focuses on a comprehensive approach to training and injury prevention, as well as the opportunity to race in indoor track meets around the Boston area.  STRIVE athletics has two professionally coached practices weekly, one of those sessions being a coached speed workout.

“Our son had a great experience with you and the program. He spoke often about how much he enjoyed it. I’ve noted his heightened level of focus and determination under your tutelage, and wanted to extend my appreciation.”

“I just wanted to thank you so much for running a great clinic this summer! I loved the training and found all of your advice super helpful.”

“I wanted to make sure I let you know how grateful I was for the help you gave me this summer. There was a sense of caring and helpfulness for all the runners involved in the program. Grateful for all you did to make this possible.”

“Wow!  This [gait analysis and strength recommendations] is great.  Thank you for sharing.  We saw [several of the program participants]  yesterday and they all seemed quite pleased with the work you did with them over the summer.  I am looking forward to spending more time with your analysis.  It looks very helpful.”

Group size is limited to a maximum of 25 students and requires a minimum enrollment of 10 students.

STRIVE Athletics provides regular training sessions and team activities planned and led by coaches with decades of experience mentoring young athletes. The program also offers educational opportunities through guest speakers and workshops, and an introduction to meaningful service learning, as embodied in the overall mission of STRIVE.

While some STRIVE athletes have competed at the highest levels of high school and college Track and Cross Country, the program is open to any athlete with a sincere interest in athletic and personal development.

The STRIVE Athletics winter program is ideal for student-athletes whose schools do not offer organized winter training or racing, but who want to continue building their strength, speed, and overall fitness for spring track or fall cross country, while (optionally) experiencing an indoor track season through participation in several Boston-area indoor track meets.

One thing that makes STRIVE Athletics unique is our belief in sharing what we do with an athlete’s spring track or fall cross country team. STRIVE coaches are high school coaches themselves, who respect and value the dedication and camaraderie of high school teams, and the expertise of their coaches. Therefore, STRIVE Athletics takes a collaborative approach to training, making all its workouts, drills, strength circuits, progressions, etc., available to high school coaches without limitation. Our goal is to provide structure and motivation for athletes to continue their athletic and social development outside of their school seasons so that they can return to their school teams with greater fitness, greater knowledge, and greater enthusiasm. 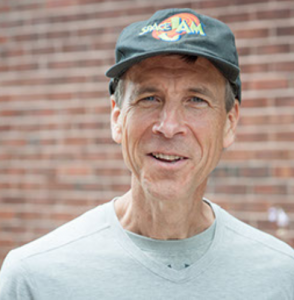 Jon has been coaching high school Track and Cross Country for nearly 20 years and, when he’s not coaching, continues to train and run competitively. As an athlete he won a national age-group championship in the mile, and at one time held the American M45 outdoor record for 3000m. Jon began his coaching career as the distance coach at Newton North High School (Newton, MA), where he coached two individual state track and cross country champions, and his teams won four straight Bay State Conference titles and a Massachusetts Div I State title.

Since 2007, Jon has been Head Cross Country coach at Concord Academy (Concord, MA), where his athletes have earned 40 League All-Star and 26 All-New England honors. Dozens of his athletes have gone on to successful college running careers, and one, STRIVE co-director Tyler Andrews, is a professional runner and member of a United States National team, and is coached by Jon to this day.

One of Jon’s proudest accomplishments is working with the Concord Academy Athletic Department to start the school’s first Track and Field program. From humble beginnings (a single runner the first season), the program is now one of the most popular sports at the school, with well over 40 students participating each year thanks to Jon’s enthusiasm, expertise, and reputation. In the past four years, CA Track and Field athletes have won 5 individual New England titles, and several athletes have gone on to compete at the NCAA level.

As a coach, Jon’s philosophy has always been to focus on improvement and on learning to love the training process. He considers the success of his athletes and teams to be the predictable outcome of providing athletes with individual attention and encouragement, working with each runner to find the optimal training stimulus, and emphasizing long-term improvement over instant results.

Jon holds USATF Level 1 Coaching Certification, and in the summer is a staff coach for the Northeast Kingdom Running Camp. 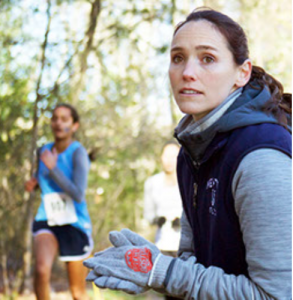 Maggie has been the Head Varsity Cross Country Coach at Newton Country Day School since 2012. In her six years at Newton, Maggie’s teams have consistently been at or near the top of the highly competitive Eastern Independent League, twice earning league titles and twice winning the New England Division III Championship. The runners she has coached have earned 18 EIL league all-star designations, and 10 all-New England honors. In recognition of her team’s accomplishments, Maggie was twice named her league’s Coach-of-the-Year.

Maggie holds a Level 1 USATF Coaching Certification and, when not coaching Cross Country in the fall, is a head coach for the Needham Youth Track Club and a staff coach for the New Balance-sponsored Northeast Kingdom Running Camp.

Maggie is also an accomplished runner in her own right. She began running at Marian High School in Framingham, and went on to compete in Division I Track and Field and Cross Country for the College of the Holy Cross in Worcester. Since her graduation in 2010, Maggie has been training and competing with the Greater Boston Track Club Racing Team. She holds positions on both the Greater Boston Track Club board of directors and the USATF New England board of directors. 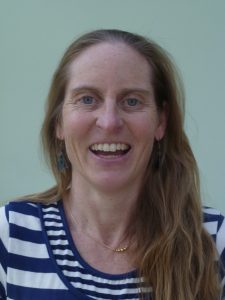 Sue McNatt discovered her passion and talent for running as a high school athlete in her native Wisconsin, where she made her mark as one of the top distance runners in the country. In high school, Sue won the Kinney/Foot Locker Midwest Regional Cross Country Championships, and went on to earn All-American honors, placing 8th in the National Championships. She was also runner up in the Wisconsin State Cross Country Championships. Sue attended D1 Northwestern University in Illinois on a full athletic scholarship. Among her collegiate accomplishments, she competed in the D1 Cross Country National Championships. To this day, she competes in cross country, trail racing and Nordic skiing for the Cambridge Sports Union. Sue is also an active and enthusiastic member of the Suburban Striders running club, and serves on their Board of Directors.

In addition to her athletic accomplishments, Sue is a highly regarded Physical Therapist who earned her M.S. degree from Boston University and has been in practice for almost twenty years. She specializes in treating runners of all ages and abilities, as well as other orthopedic clients. She brings her deep knowledge and understanding of competitive athletics to her practice, helping her clients resolve underlying imbalances and return to activity with confidence.

Whether she is coaching, competing, providing therapeutic support, or organizing running events for her clubs and community, Sue brings a warm energy and positive outlook to everything she does. She has volunteered at countless events and advised and encouraged dozens of runners, both veterans and newcomers to the sport. Sue loves working with all levels of athletes helping them obtain their goals while having fun! 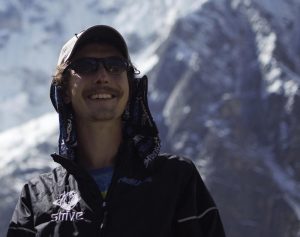