5 Things to Consider Before Undertaking a Service Project 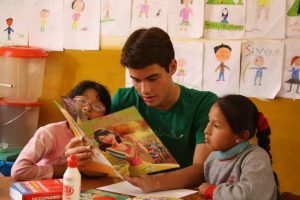 Service always has an effect on both the volunteer and those we serve.

1. What is the impact of this project on me and the community?

First, it’s important to think about what the intended impact is on the community. Sometimes, this might be obvious; if we’re going to work at a soup kitchen, the impact would be serving soup to people in need. That said, it can also be more complicated; if the idea is to clean up litter at a local park, the immediate impact might be that the park will be cleaner for now, but the long term impact might be that either the litter comes back the next week, or it could even get worse if people assume someone’s always there to pick up their garbage. This is why it’s important to think about the long-term consequences and potential pitfalls – a subject we’ll cover more in depth in later posts.

Second, we must consider the impact on the volunteer. Yes, volunteering is about serving others, but everything we do also has an impact on ourselves. If we’re personally invested in a project, we’re much more likely to do a better job and to learn from it and be inspired by it to tackle other projects down the road.

2. Where did the idea for this project come from?

At STRIVE, we try to make sure that our projects are coming from within the community we’re serving. Whenever we work with a new project, especially one that might be organized or funded by outsiders, it’s important to ask whose idea this project was.

Why is this? Because as members of a different community or culture, we may have different ideas, motivations, and priorities. We’ve seen too many projects which have been put together by outsider service organizations which have failed to be fully useful or have even been detrimental because the community simply didn’t have as much of a need for the project as the volunteers thought. It’s important to not project our ideas of what we want onto others.

3. Am I displacing local workers?

It’s fairly simple, but sometimes people overlook the fact that volunteering might put local people out of a job and disrupt the local economy. Let’s say you want to volunteer to help with a project that’s remodeling a school building. This seems like a great idea at first, until you realize that that project was already underway before you got there with a bunch of paid workers from the community. Now, when your group of 20 volunteers comes in, the project managers are going to fire half of those workers since – why pay for workers when you have volunteers to work for free?

This can not only create problems in the local economy but can also lead to feelings of bitterness or anger between the community and the volunteers. 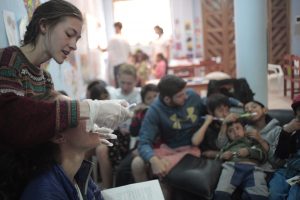 If you’re not trained in dentistry, you probably aren’t qualified to lead dental clinics.

One of the most important questions we think about at STRIVE when choosing a project is whether we’re qualified to do the work. This may seem obvious, but you’d be surprised how many times people undertake projects that they’re unable to do well.

For example, we had a student tell us a story last summer of her experience with another volunteer program where the volunteers were assigned to help with construction work in Vietnam. On the surface, this seemed like a great idea; they were working with professional bricklayers and contributing to a project that needed more workers, but even still, the work they were doing was poor enough due to their lack of training that after the volunteers left for the day, the professional bricklayers had to take down what the volunteers had done and start over themselves.

So, being under-qualified can not only result in less productivity, it can actually lead to negative productivity or even a dangerous situation.

5. Do I understand the community I’m serving? 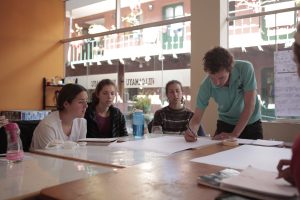 Learning about the community we’re going to serve is always the first step!

Lastly, maybe the most important question we ask our students before we even think about a project is whether we understand the community in which we’re working. What’s the history of this area? What’s the political climate like? Who are the people that live here? What languages do they speak?

These questions seem fundamental when written down, but it’s amazing how many volunteers and programs completely skip this part. At STRIVE, we spend a great deal of time learning about the communities in which our programs are based so that we can try to have a better understanding of the people and culture we want to serve.