Adventure in Ollantaytambo and the Arrival of the High Schoolers

This weekend, the Peru crew headed to Ollantaytambo, another town in the Sacred Valley. Sierra and Katie did a three day, three night Spanish immersion program. They stayed with a host family and took three days’ worth of Spanish lessons with tutors. Classes were held twice a day for two hours each. Meanwhile, in more exciting news, Tyler, Calvin, and Will had a bro weekend and chilled out. Activities included the movies Step Brothers and Pop Star: Never Stop Never Stopping, getting post long run massages, smacking some alpaca burgers, and just in general enjoying their time. In terms of running, everyone smacked their long runs this weekend. Calvin did 20 miles to help Tyler reach 29, both averaging around 6:10 pace. Calvin is closer and closer to becoming a marathoner. Will and Sierra enjoyed great views of Veronica, a snow cap mountain near Ollantaytambo, on their 13 miler. Katie had her best long run of 9 miles the next day. Everyone came back on Tuesday morning, awaiting the arrival of the high schoolers. 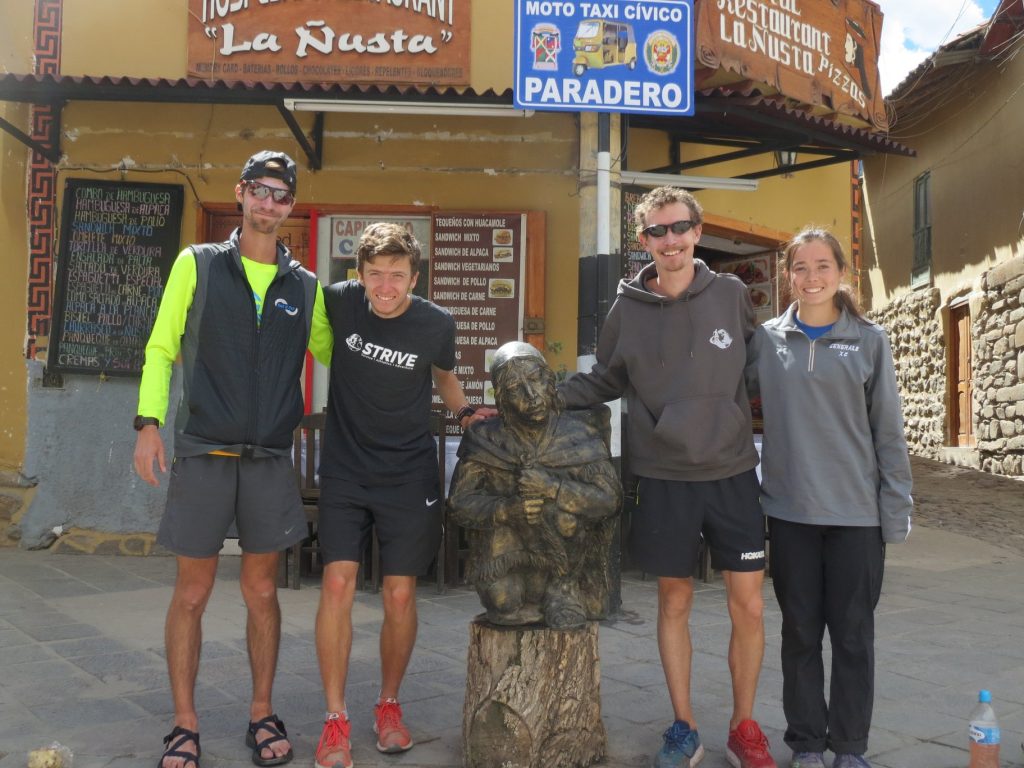 The high schoolers arrived in Pisac today around 2 pm. Unfortunately, we were missing two of our crew members as Alyx and Nic had to settle for a flight to Lima later on due to flight difficulties. Introductions were made (everyone gave their name, school, and a weird fact or habit about themselves). This was followed by a comprehensive orientation to guide the high schoolers and teach them about the different culture they found themselves in. Dinner was had at the local restaurant, El Sabor. We made our first Sofi’s run, where some of the young ones discovered “loaf”, a kind of bread with chocolate chips in it. Plans to smuggle it back to the US at the conclusion of the trip are already being made. Only more to come here in Pisac. 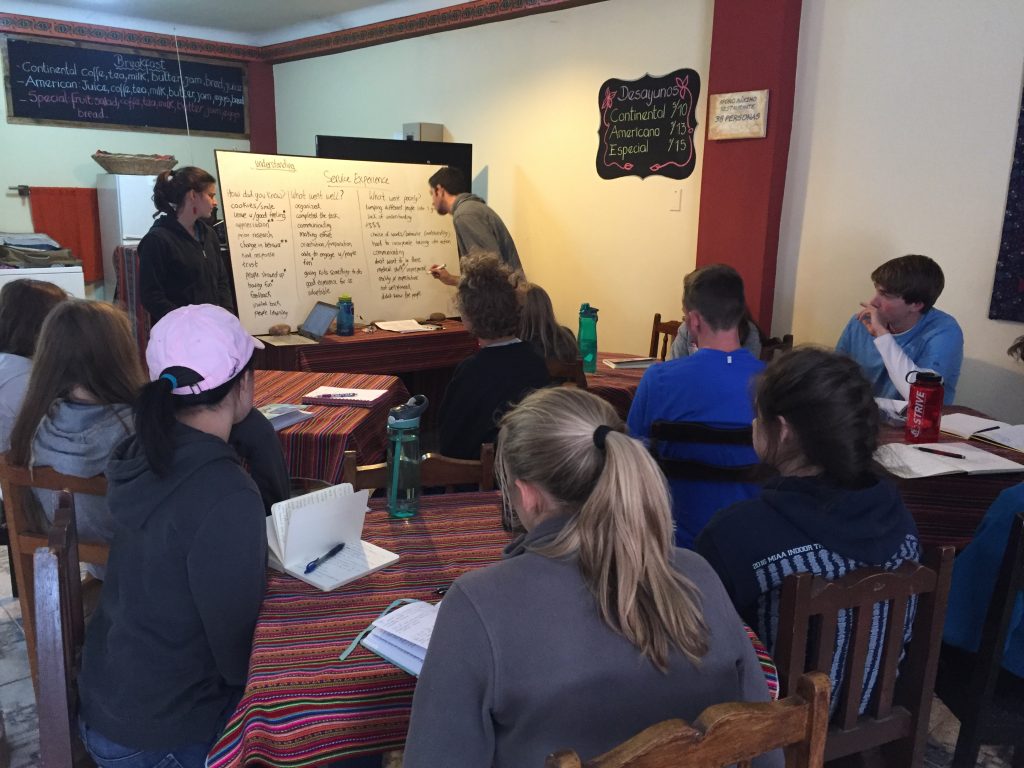