All the Little Things: With Intense Training Must Come Intense Recovery 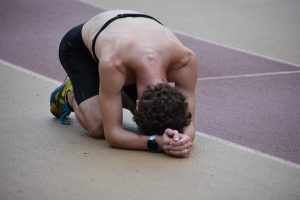 Going hard on your hard days means you have to take recovery very seriously!

Waking up sore comes with the territory. After my 29 mile (47km) long run on Sunday, I woke up with a constant throbbing in my quads that had kept me up much of the night. While it’s definitely uncomfortable, I’ve become relatively accustomed to this sensation.

As I’m now rounding out my last week of high mileage (~20 miles or 30 km per day) before I begin the taper towards my 50K World Record attempt, I’ve been focusing even more on not only completing the assigned runs and workouts, but also on doing all the little things one needs to do to stay healthy.

Here are a few of the things that have helped to keep me healthy over the years.

Getting Ready to Run 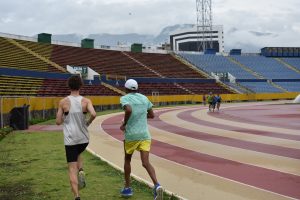 We always start our runs with some easy jogging, often on grass.

As the mileage has accumulated over the years, I have definitely noticed the importance of priming my body for any sort of morning exertion. I always set aside a few additional minutes at the beginning of the morning to allow my body to wake up at its own pace — I drink a cup of coffee, and spend some time on my feet to loosen up. If I’m doing a harder session, I do some easy jogging to begin, instead of jumping right into the workout itself.

If there is a particular part of the body that feels tight or sore,  I definitely give the area a bit of extra TLC. For instance, if an ankle feels tight, I do some ankle rolls and circles to help prepare that part of the body for the upcoming effort.

Before a harder workout session, we do a very long series of dynamic movements. This routine includes roughly 50 meters of many different movements — from skipping, to bounding, to high knees, and arm movements, etc. we make sure that every part of the body is loose and ready to go! Note that these dynamic exercises are performed after a period of easy running.

Once I have sufficiently warmed up, the actual running begins! I always gently ease into my running pace, whether that be a workout or an easy run. Over the years, I have been fortunate to observe several running cultures around the globe, and the idea of gradually increasing the pace has stuck with me, as almost all runners practice this methodology to some extent (some more extreme than others). For example, Ethiopians start their runs at almost walking pace, but towards the end of their runs, they’re almost flying! The concept of “average run pace” is a very American idea, and as a result, many runners begin their runs too quickly. Easing into the run creates less of a shock for the body, and helps the body maintain a sense of homeostasis.

After the run – the fun isn’t done yet!

As soon as I finish my run, I grab a bottle of nuun to begin the rehydration process. After my runs in Quito, I often notice that I am very thirsty (due to the dryness of the air at altitude), and can easily down 500 to 750mL of liquids immediately after running. Even though I continuously sip on nuun and other liquids throughout the day, the water lost through sweat must be replenished. I use nuun because it is a great source of additional electrolytes that are frequently lost through sweat, and it tastes great! 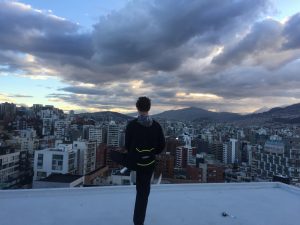 Once hydrated, I begin a fifteen minute stretching routine called Ethio, which I learned in Ethiopia. Stay tuned for an upcoming video! Following Ethio, I usually perform one of several different strengthening routines. I have developed six different routines that focuses on a different muscle group pertinent to running: core, hips, back, feet, legs, and upper body. I believe that by exerting running-specific muscles in a variety of ways, I am less likely to suffer an overuse injury caused from the constant running motion.

Lastly, I use a hard-rubber roller to essentially self-massage my legs. Rolling increases blood flow to the area, thus expediting the recovery process. You can check out this article on Runner’s World for some basic foam rolling moves.

To refuel, I generally eat something within fifteen to thirty minutes of finishing my run. This post-run snack has a good mix of carbohydrate (to replenish depleted glycogen stores), protein (to speed muscle recovery), and fat (for essential fatty acids and to foster the absorption of fat-soluble nutrients). A peanut butter and banana sandwich is a great example of a food that meets the above criteria. To learn more about how I fuel my body on a consistent basis, take a look at last week’s Ty’s Tips post.

As boring as it sounds, the most important aspect of my day (other than running) is resting. During periods of super high mileage or big increases in training/intensity, I sleep more than ten hours a night, and also take a nap during the day. I nap pretty much every afternoon, even if I only have time to take a short fifteen minute catnap. While you sleep, your body can repair itself much more efficiently than it does while you are awake. As a result, you are impairing the recovery process when you force your body to function on less than optimal amounts of sleep.

I have also found ice baths can help me recover, and relieve some of the discomfort and soreness after very hard sessions. Ice baths reduce inflammation, so they can be beneficial after travel days as well. However, the science knowledge surrounding ice baths is mixed, so it’s more of a personal preference. 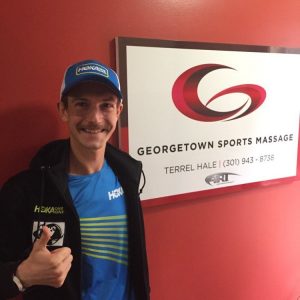 Although regular massages are often out of the realm of possibility for most casual runners, they are an essential piece of the puzzle for professional runners. Working with a massage therapist or a PT who knows what they are doing can do wonders to aid in recovery and injury prevention. While I lived in DC for the past two years, I worked closely with Terrel Hale at Georgetown Sports Massage, and noticed a definite improvement in my biomechanics following an intense effort.

Probably the most intriguing piece of my personal athletic puzzle is the consistent routine that I abide by daily. In Again to Carthage, the sequel to the beloved Once a Runner, Coach Bruce Denton tells the protagonist, Quentin Cassidy to “live like a clock”. In this quote, he is advising the athlete to adhere to a daily routine long enough that it becomes an unconscious habit.

In my life, I would modify the quotation to “live like a cat”. My cat, Richard Parker, is extremely routine-based: he does the same things at the same times of the day, spends a lot of time sleeping or resting, and a small amount of his day in states of extreme activity.

Developing — and sticking to — a routine helps you to stay on top of things. Instead of spending time thinking about whether or not you are going to do something, you just do it. Speaking of routine, it’s time for me to head out for my morning run!

What aspects of your personal routine help to aid in your running recovery? Let me know in the comments!

If you have any questions, or suggestions for an upcoming Ty’s Tips post, leave a comment below, or send me an email at tyler@strivetrips.org.