Our final week of service, cuy run, and field day!

Thursday was an off day from running for the high schoolers for recovery from their hard work up at Pampallacta. The morning was dedicated to field day prep, an event we put for the kids in the community at a local track where we set up multiple different stations of various activities. After some discussion, we decided our stations this year would be: 100m dash, musical chairs, an obstacle course, a variety of relay races, and a sack race. We spent the rest of the morning buying materials for our stations and walking through the activities to make sure we were thoroughly prepared. After lunch at the market followed by a short break, we hopped in the van and headed back up to Ccaccaccollo for our final English lesson with the Quechua women and the kids. To thank us for our work, post lesson the women opened up their weaving co-op so we could buy handmade alpaca souvenirs. Almost all of the group bought something, ranging from a bracelet to a sweater. The women continued to show us gratitude by greatly discounting the prices of their products and making us tea made from local herbs from the community. As we said our goodbyes they left us with one last gift of cooked potatoes and cheese. 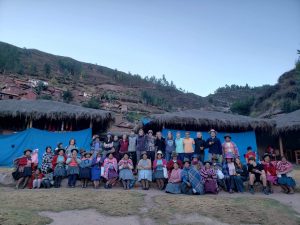 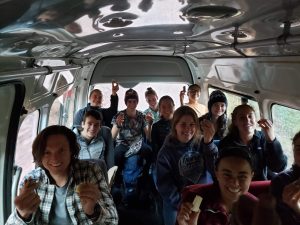 Friday comprised of the longest run of the trip for the high schoolers, followed by a guinea pig or “cuy” picnic. Everyone woke up early to head over to the neighboring city of Taray to start the run to Calca where we would be fed the Peruvian delicacy. All high schoolers started the run, some running 30 minutes and others making it the full 11 miles to Calca. Once arriving, Arika, although being a vegetarian, was the only one brave enough to kill a cuy. After being caught in a parade in the town square, we made our way over to the farm where we would eventually be served our food. We spent the next couple hours relaxing, playing copious amounts of Spike Ball, listening to Nicolette’s STRIVE talk, and being introduced to a thirty year old tortoise, all while listening to 2008 Taylor Swift. Eventually the moment we had been waiting for arrived and we all got to try cuy. The reviews were mixed, some loving it while others thought it was quite subpar. After thanking the farm owners and chefs for the meal, we headed back to Pisaq to do some final field day promotion. The evening was relaxed and concluded with many Oreos, card games, and rounds of mafia. 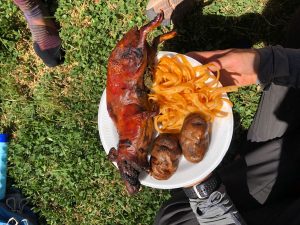 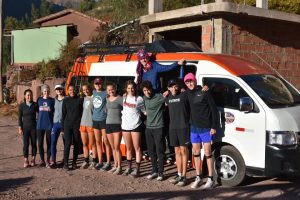 Saturday was the last service day for the trip and one of the most fun. We got up early and went over to the track at a local school to set up for field day! We had about 50 kids attend and participate in our activities, and from all the smiles and laughter we deemed it a successful day. The event was followed by the STRIVE mile and 4x400m relays, and some Peruvians joined in on the fun. Since we had a free afternoon, many high schoolers took this opportunity to walk around the market and buy souvenirs for themselves and people back home. In late afternoon we had the chance to debrief all of the projects we worked on over the past week and discussed what worked and what didn’t. It was quite an eventful talk, during which we saw a triple rainbow and a hawk fly into a window (don’t worry it survived). The day was concluded with the nightly ritual of card games and loaf.